Dr. Ben Davis is a research fellow at Vernalis Reserch. His main focus is in the development and application of Fragment Based Lead Discovery (FBLD) approaches, especially when applied to more challenging classes of proteins and other macromolecules. In particular, he is interested in the use of NMR and other biophysical techniques to probe molecular interactions. 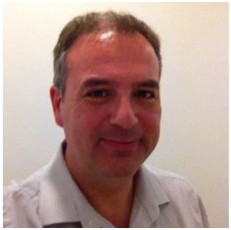 Dr. Davis is also involved in developing strategies to more readily bridge the gap between fragments and “classical” hits and leads, and in the identification and structural characterization of ligand:receptor interactions by NMR and other biophysical methods. Since 2001, he has been heavily involved in the development and application of fragment based lead discovery technologies to a wide range of therapeutic targets.

In 1998, he joined RiboTargets, a biotech company formed out of the Laboratory of Molecular Biology in Cambridge UK, where he worked on applying structure based drug discovery techniques to a variety of RNA and protein targets. In 2003 RiboTargets merged with Vernalis, and focussed research towards protein targets. Since 2001, he has been heavily involved in the development and application of fragment based lead discovery technologies to a wide range of therapeutic targets. Dr. Davis has published more than 20 scientific papers, and written five book chapters on protein-ligand interactions and FBLD. He frequently speaks at scientific conferences, mostly on protein-ligand interactions and FBLD, and has taught postgraduate courses on SBDD and FBLD at York and Oxford Universities. He is also on the Scientific Advisory Boards for various organizations, and is currently a member of the BBSRC Pool of Experts. His scientific expertise is in the area of biomolecular NMR, biophysical techniques, molecular interactions, protein structure and folding, fragment-based lead discovery (technologies and applications) and drug discovery methods and approaches.